What is Vegan Leather?

What is Vegan Leather?

These days, ethical shoppers may often come across products that are made of ‘Vegan Leather’. Now most of us know what a Vegan is… someone who doesn’t eat any animal-based products only plant based products.  But most of us have grown up with things made from Leather… the preserved hide (skin) of all sorts of animals.


So how on earth can you have Vegan Leather?

Isn’t Leather always made from animals?
Ever since humans have hunted animals for food they have found ways to try and keep the skin so that they could use it for clothes or to make things for them to use. At first they just used the dried skin but they found out that it was rock-hard and went rotten pretty quickly. So they had to find a way to keep it soft and last
longer.
Back as early as 3000BC the Sumerians were tanning leather in a very lengthy and stinky process (I will spare you the horrid details but it did involve soaking the hide in urine and rubbing it with pigeon poop…ewwwwww!). The final step was to boil up tree bark to release all the tannin – hence the word ‘tanning’ – and then use this murky brew to boil the skin for hours and hours and make…leather.  And folks used the leather for all sorts of things: clothes, bags, shoes, ropes, water bottles… even armour and helmets. These days, apart from using all sorts of chemicals instead of treebark (and skipping the bits with the pee and pigeon poop) the process of making leather has stayed pretty much the same for centuries.
Leather continues to be used all over the world and high-quality leather is pretty expensive… especially if it is made from the skins of rare or exotic animals like snakes, minks and even sharks.

So…What is Vegan Leather made of?

During the Second World War, animal hides were hard to get in many parts of the world, so some smart people started looking around for alternatives – something that looked like leather, and felt like leather… without the need for killing any animals. The Germans started making all sorts of things out of a form of processed paper pulp that they called Presstoff, and it worked pretty well except it couldn’t get wet or it would fall apart.
Then in the 1960s the Dupont company in the USA came up with a range of products made with a fabric base bonded with a soft textured finish made from PolyVinylChloride (PVC). These products had all sorts of names and were used all over the world to make a wide variety of products: clothing, bags, seat covers, furnishings, even covering books. Soon made by many different companies, these ‘fake’ leathers were certainly adaptable (they could be made in almost any colour and in an endless array of textures), and they were quite cheap to make….but they were pretty costly in terms of their damage to the environment.

One problem with many of these PVC products was that the toxic chemicals used in their manufacture (often based on oil and petrol) meant the process of making them was the source of a lot of pollution and, at the end of their life, these products couldn’t be recycled and they often wouldn’t decompose. So whilst they may have been saving animals from harm they were doing harm to the planet! These days most of the Vegan Leathers are made with polyurethane, which is much less toxic

The Future for Vegan Leather

For years people have been experimenting with all sorts of ways to produce ‘leather-like’ products using plant-based products. They have had some success, but they always require strong chemicals to be used in the production process. For many people who are choosing the Vegan lifestyle as a way of protecting the planet and the natural environment, this is a factor that makes them avoid all kinds of leather… animal-based or plant-based.  But lately there have been some very interesting developments in bio-science, where people are actually ‘growing leather’.

Can you Really Grow Leather?

Apparently so.
A young American company, Modern Meadow (modern.meadow.com) , has commercialized some recent research and now says they can ‘grow’ leather in a lab! They use a strain of yeast that, when it is fed, produces collagen. Now collagen is not just the thing that movie-stars get injected into their lips (and all sorts of other saggy places) but it is basically what natural animal leather is made from. So using this special yeast they can grow sheets of …errrm…Vegan Leather!. It looks like leather, it is strong like leather, it feels like leather and they say….yep…. it even smells like leather!


Take a look at their info on their website: https://www.cnbc.com/2018/03/09/modern-meadow-and-evonik-are-brewing-leather-in-a-lab.html


So, in the future we could be wearing and using all sorts of completely natural, and plant-based, products made from Vegan Leather

Popular posts from this blog 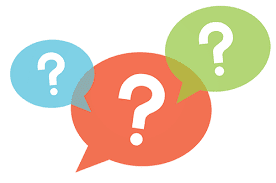 Important Questions for Ethical ConsumersThere are a few important questions you need to answer for yourself:1.  Do I really need to consume at all? Sometimes the strongest move you could make is to simply stop consuming something altogether. This could be something like; getting rid of your car and only using public transport; installing solar panels and no longer purchasing electricity for your home; giving up alcohol, coffee or tea; or giving up all animal-based products entirely. This is certainly a very strong option but you need to make sure that you will be able to live (and work) effectively if you stop using something altogether2.  Do I really need to consume so much?Cutting down or reducing your consumption can help support your beliefs. Cutting down on using plastic containers; reducing the amounts of sugar or salt you use; switching to more fuel-efficient transport; eating less processed foods; drinking less alcohol; learning to sew your own clothes, or even growing some v…
Read more

A Guide for the Ethical Consumer 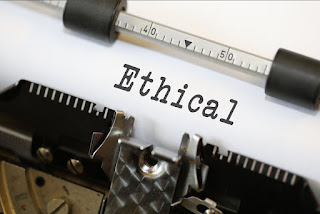 More and more we are hearing  terms like ‘Fairtrade’, ‘Sustainable’, ‘Ethical’ when we are out shopping for products – either in the shops or on-line. But what do these terms really mean? What does it mean to be an ‘Ethical’ Consumer? This quick guide will give you some tips and advice.What does ‘Ethical’ mean?Merriam-Webster dictionary gives a simple definition of ‘Ethics’: rules of behaviour based on ideas about what is morally good and bad. So being ‘ethical’ is about firstly, having your own ideas about what is good and bad or what is right or wrong… and then… sticking to your beliefs. Now, an important question is: “Where do those beliefs come from?”. For many people, they might come religion or culture, or the way they were taught by their parents or teachers, or from beliefs that have built up (and possibly changed) through their life experiences.So for instance, some people may hold the belief that all people should be treated fairly. Or others may believe it is wrong to kill …
Read more